We decided to postpone the Barneo 2019 season to 2020 due to the fact that we could not quickly find a replacement for the aircraft AN-74 of Antonov Airlines with which we had a contract, due to the sudden and unpredictable cancellation of the permission to fly this aircraft above 80 latitude, which made it impossible to use in the project.

Obviously, we indicated this area in the Agreement and according to fragmentary information we received from members of the crew of the aircraft that arrived in Longyear only on April 6, instead of the promised arrival on March 28, the aircraft was prepared specifically for flights to the Pole. However, on April 8 we received a formal notification from the airline management about the impossibility of performing flights on the Longyear — Barneo route due to the refusal of the State Aviation Administration of Ukraine to issue the appropriate permission to this aircraft. A letter signed by the head of the State Aviation Administration of Ukraine on April 4 about the refusal to issue a permit was attached. We contacted the head of the State Aviation Administration, but did not receive a clear explanation of this refusal. There were references to the unavailability of the aircraft due to the lack of the necessary additional equipment, which is inconsistent with the information we received from the instructor who flew in on this aircraft. 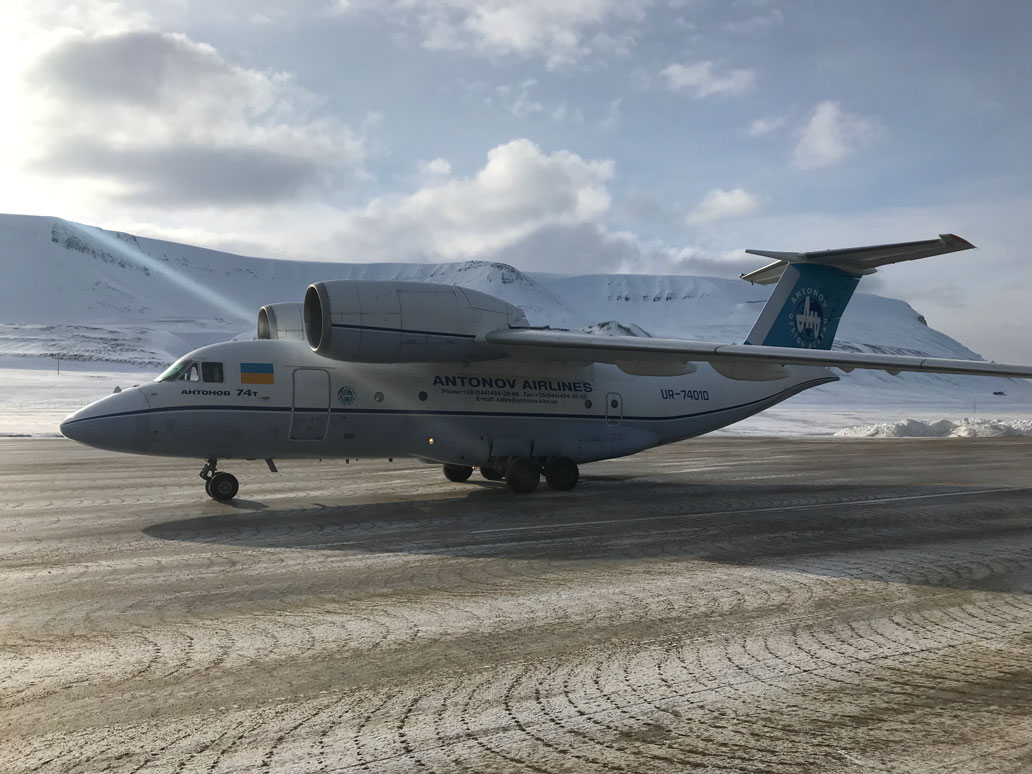 According to him, the plane was fully technically ready for such flights. This information is confirmed by the fact that the Norwegian aviation authorities have given permission for this aircraft to fly to Barneo, something that would never happen if the airline had not provided the Norwegian side with all the necessary documents, including the notorious permission. What happened during the period from March 14 to April 4 and why this permission was disavowed by the Ukrainian aviation authorities is not clear. However, there is a reason to believe, again basing on the information received from the members of the aircraft crew, that the “warm” relations between our countries played a certain role in the development of the situation! Probably the Ukrainian aviation authorities did not want to be in the position of “assistants” providing transport services to the country “aggressor” in the development of the Arctic spaces, and the Russian authorities probably could not imagine a Ukrainian plane at the Russian polar station Barneo. None of our arguments that the project of Barneo from 2018 ceased to be Russian, since it was transferred under the control of a Swiss company and, moreover, according to all laws, the pole territory does not belong to Ukraine or Russia nor any other state, in full compliance with the UN Convention on the Law of the Sea, had any influence on both parties. And we had to let the plane go home and urgently seek an adequate replacement for it, which was quite difficult, firstly, given the very limited number of aircraft of this type in Russia and abroad, and secondly, the need to obtain permission from Norwegian aviation authorities to arrive at Spitsbergen and for its further work in the direction of Longyear – Barneo, which takes 2-3 weeks for the airlines whose planes have never flown to Svalbard, and in the third — our season due to objective reasons, such as weather and ice conditions, limited in time by the end of April. 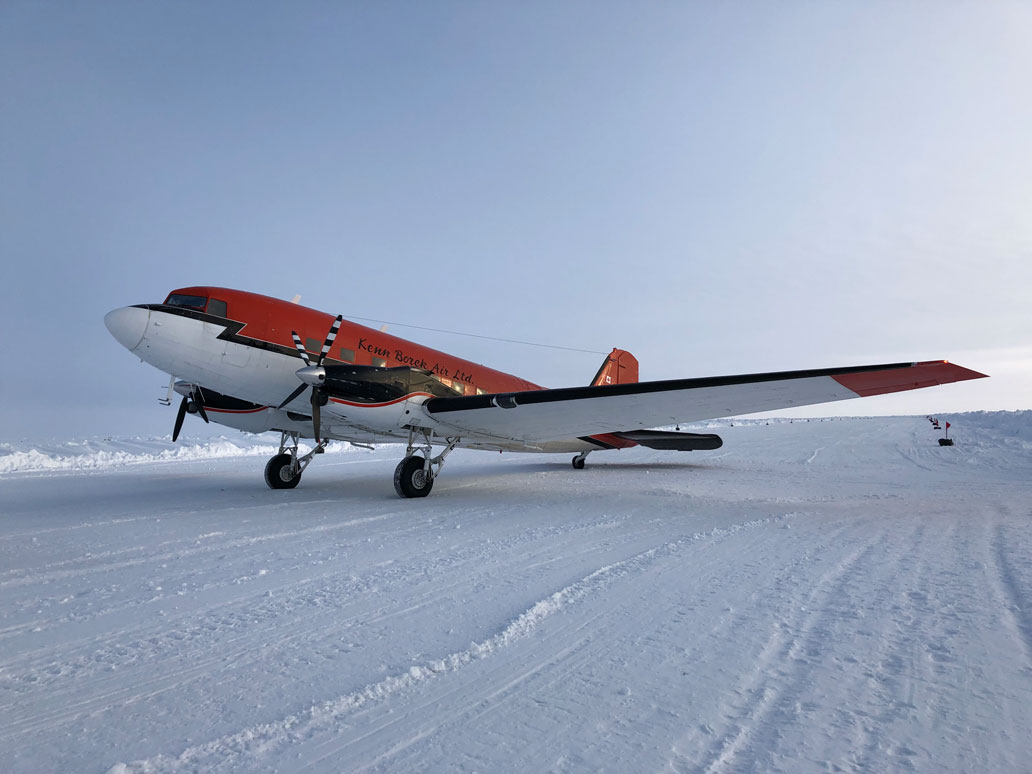 We were able indeed to get Canadian Basler BT-67 but only to have 2 technical flights to Barneo to pick up 16 people – the team of skydivers who constructed runway at Barneo. In fact they have made 1000 x 60 meters icy runway which was completely ready for landing AN-74. Unfortunately, due to its capabilities Basler could not replace AN-74 and did not meet the requirements of Barneo project. 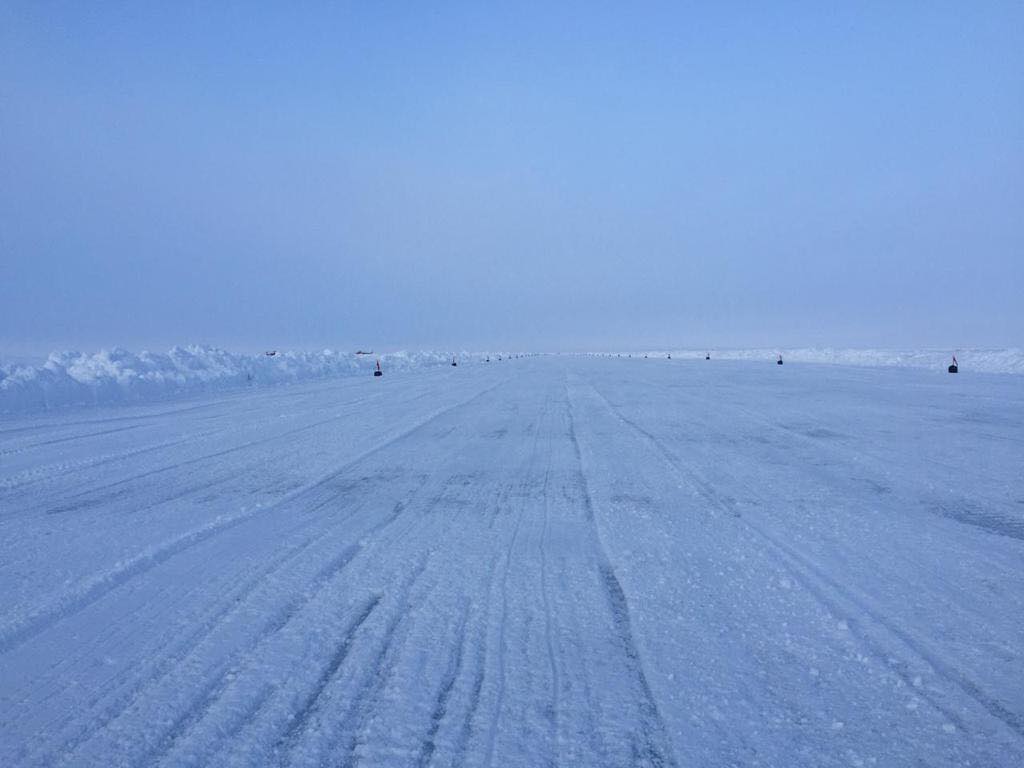 Just because we were unable to find a plane to operate between Longyear and Barneo within a reasonable time due to the reasons mentioned above, the Barneo season 2019 was cancelled and postponed to 2020.

The decision was not taken lightly but we are sure that any experience is good and are looking to the future with optimism. We are confident also thanks to our dear clients who showed understanding and loyalty, most of them decided to stay with us and participate in Barneo-2020.