It would seem that in our time of rapid development of IT technologies that can easily lead to the world of virtual reality, surprise anyone with anything, is almost impossible, or at least quite uneasy, nevertheless, the phrase "Arctic tourism", increasingly appearing in articles and essays, TV and radio broadcasts dedicated to the triumphant return of Russia to the Arctic, this is what most people feel about this feeling of surprise.

Indeed, what kind of tourism in its habitual presentation can be talked about in the regions of eternal cold, in the regions in which blizzards are immeasurably greater than hotels, where there are no sunrises in the winter, and in the summer of sunsets, where there is no Internet or mobile communication, where water can exist simultaneously in all three aggregate states, and so on … But it is, and now, for almost thirty years, it has been fairly stable and successfully developing. At the moment, two main directions for the development of Arctic tourism can be identified, which reliably and firmly merge as the meridians, the North Pole includes cruise flights on nuclear icebreakers along the Murmansk-North Pole-Franz Josef Land archipelago -Murmansk and ski expeditions, and helicopter tours to the Pole, organized through the ice base «Barneo». Both directions were formed mainly during the darkest period of the post-Soviet period in the Arctic — namely, thanks to the collapse of the structures of the Northern Sea Route that occurred in the early 90s and the complete reduction of scientific research and production in the high-latitude Arctic. 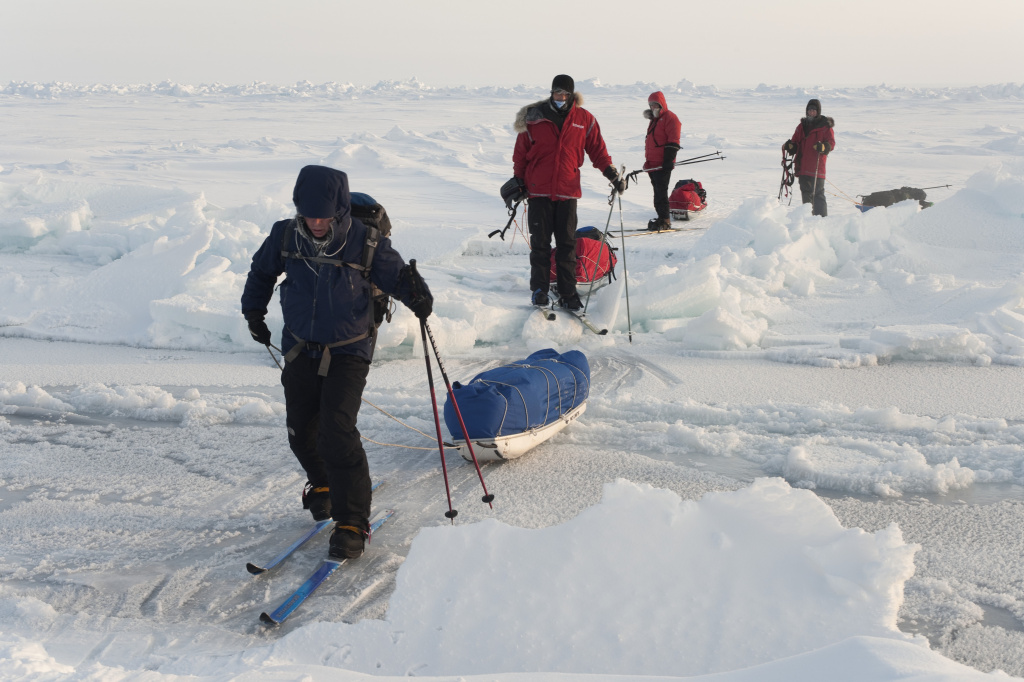 The nuclear icebreaker fleet and polar aviation remained suddenly unclaimed, and this situation was aggravated by the inevitable loss of highly skilled professionals who had lost their jobs, which, especially in polar conditions, like nowhere, «solve everything»! And then there was the idea of ​​a kind of re-profiling of the available technical resources from the solution of temporarily unavailable national economic tasks, to ensure tourism projects, especially since it was primarily about the possibility of visiting the North Pole — an unattainable dream for the absolute majority of people. In the summer of 1990, the first tourist voyage of the nuclear-powered icebreaker “Rossiya” to the North Pole was completed. This cruise lasted more than three weeks and included, besides the North Pole, also a visit to the Franz Josef Land and Novaya Zemlya archipelagos, and Vaigach Island. The first tourists were mostly residents of Western Europe and the United States. Since then, until now, this route operates smoothly during the summer months from late June to mid-August. Its duration was reduced to 11 days due to exclusion from the program visits to Novaya Zemlya and Vaigach. Depending on demand, 4-5 cruises to the Pole are realized every year. The average number of tourists, on the board, is about 120 people. The first helicopter expedition to the Pole took place in 1992. The organizers were two Russian companies «VICAAR» and «BARK». The first group of tourists was only 12 people (all from France). The flight from Dixon to the Severnaya Zemlya archipelago -North Pole-Dixon was performed on 3 MI-8 helicopters, two of which served as tankers for refueling a passenger helicopter — a total flight time took of about 90 hours, out of which 20 hours a helicopter with tourists flew. It is clear that such a version of the tourist program had no prospects, primarily in terms of its duration and safety. A year later, in 1993, a tourist program was implemented on the North Pole using an intermediate icefield and a temporary ice base that later became known as Barneo. The first tourists — participants in the Barneo project were the paratroopers who made the jump to the North Pole. The implementation of such a project became possible with the use of technologies for the construction of temporary bases and icefields on drifting ice, developed and successfully used in the high-latitude Arctic in the 1960s-1980s for various kinds of scientific research. With their cessation in the 90s, a kind of conversion of these technologies arose, which ultimately led to the development and implementation of an international project with a somewhat unusual one, bearing in mind the very specific conditions in which it has been implemented for 25 years , the name «Barneo». Yes it was Barneo. through «a». This little trick is called to put to sleep with its very warm sound the vigilance of one or another doubting the correctness of its choice, a tourist, and at the same time giving us the full right to reject all possible claims and suits if the conditions of the real «Barneo» do not coincide with its expectations. In fact, this name came along with the mentioned technologies, as the callsign of one of the former bases. 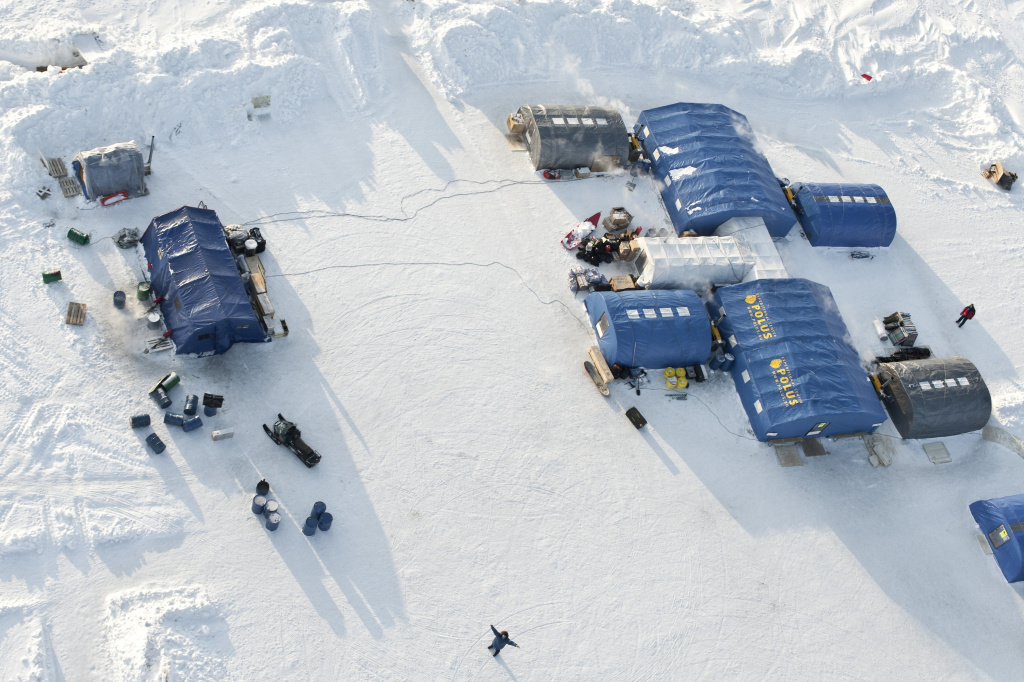 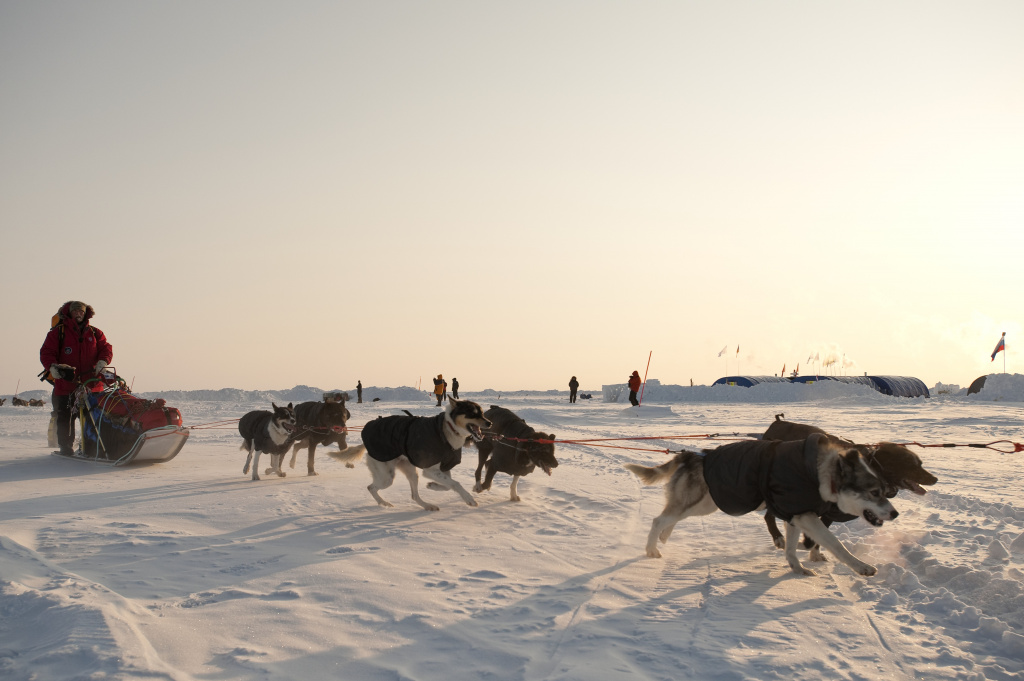 Barneo regularly organizes a marathon race in the area of ​​the camp followed by a visit of runners to the North Pole by helicopter. In 2016, on Barneo, a very unusual, even for those who had seen the kinds of organizers, a figure skating program in the North Pole region was carried out. The Japanese figure skater performed several elements of an arbitrary program on a small — a few meters across, an artificial skating rink, arranged by experts from Barneo. To do this, we had to solve the problem of obtaining a small enough area for filling, the amount of fresh water. Uneven and soft sea ice is not suitable for skating, especially for the performance of the elements of figure skating. The water was prepared by melting snow. Recently, we learned about the project for an international ice hockey match at Barneo in 2019. To implement of the project it will require a very large amount of fresh water, and this can be achieved using a mobile desalination, which should be delivered to Barneo on the plane, that is, desalination must be sufficiently compact. This will determine its relatively low productivity, which will require the development of an adequate method of pouring. In other words, it is possible to realize this idea, and technical details, and accordingly, the cost of its implementation, we are ready to discuss with the initiators of the project. 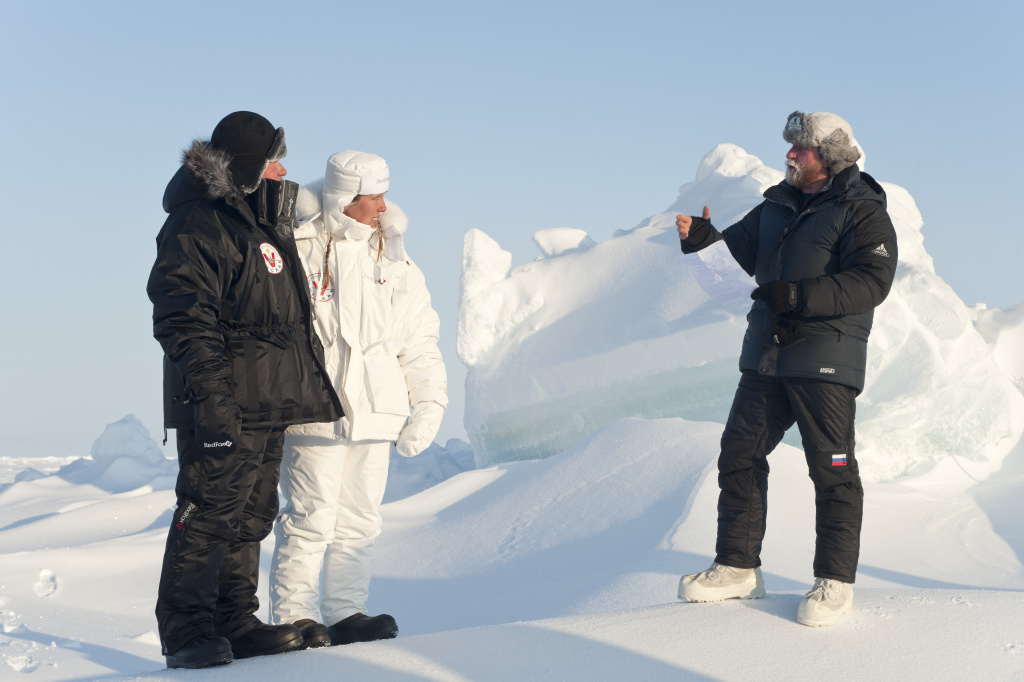 During the whole season, groups of Russian and foreign scientists working on ocean and sea ice research work at Barneo. It should be noted that after the suspension of 2013 due to the deteriorating ice conditions and the resulting climate change works for the organization of the drifting scientific research stations, ice base Barneo remains today the only reference point of the Russian presence in the high Arctic, and I am sure will remain so for a long time, because the point of the geographical North Pole — the tops of our planet will attract to itself representatives of new and new generations who dream of being, even a very short time, at the point where the wily GPS within just a few seconds shows the cherished 90 degrees north latitude and fast and oddly change figures indicate the longitude, which, as well as the concept of time at this point, is not existing! 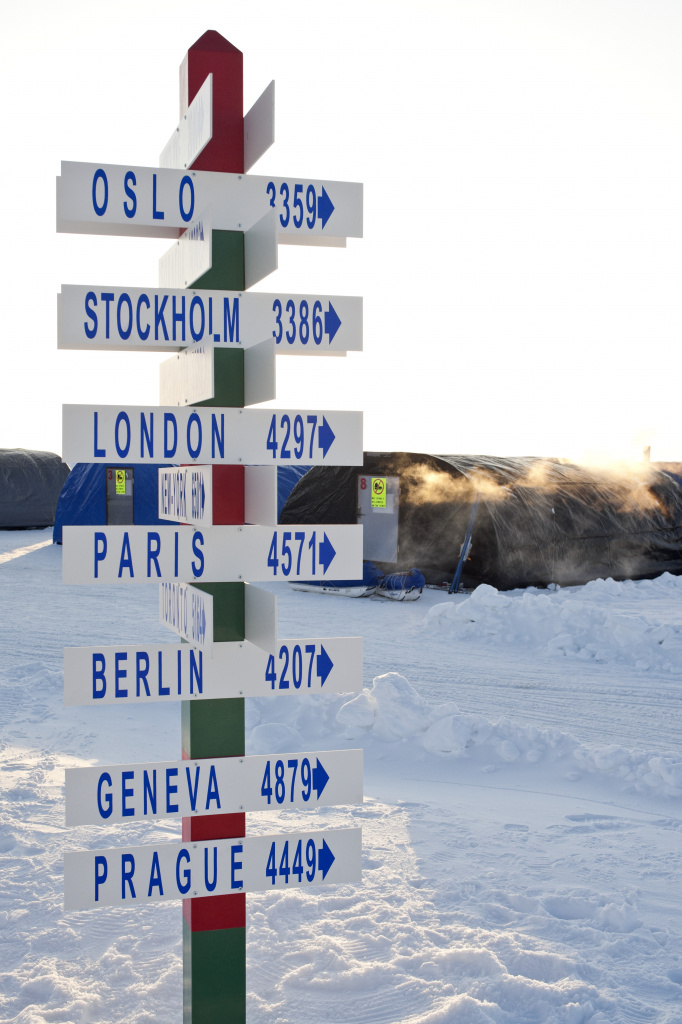